Welcome to Aloha Stadium. Located in Central Oahu, the Aloha Stadium is Hawaii’s largest outdoor arena, and home to the University of Hawaii Rainbow Warriors football team. In addition, the Aloha Stadium hosts a multitude of events attracting visitors from around the State including soccer matches, concerts, car shows, fairs and the ever popular Aloha Stadium Swap Meet & Marketplace.

The stadium bowl is now closed as we prepare for the New Aloha Stadium Entertainment District. We will continue to host the Aloha Stadium Swap Meet & Marketplace as well as other outdoor events and activities in the surrounding parking lot areas.

When the stadium opened back on September 12, 1975, we became one of the first stadiums in the country to offer four movable sections. Our 50,000-seat stadium could be configured to offer multiple seating configured arrangements and field formations that allowed football, soccer, and baseball. Fun fact: the highest seat in the stadium is as high as a ten-story building. 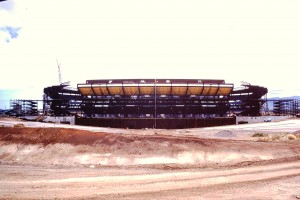 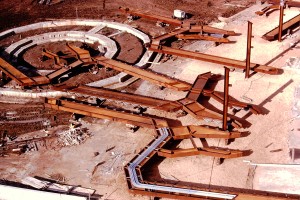 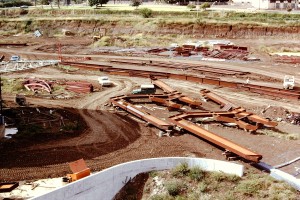 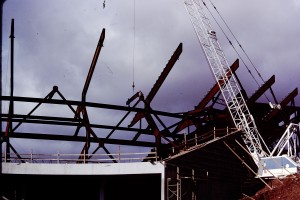 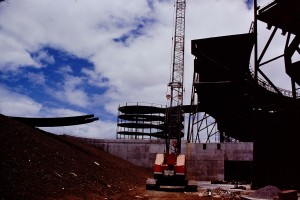 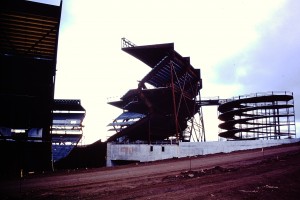 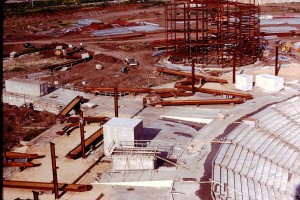 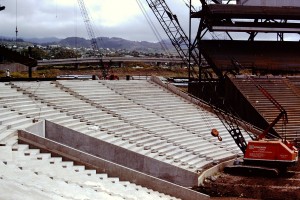 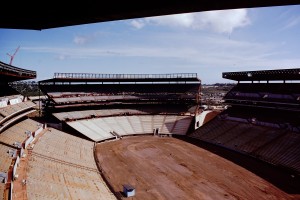 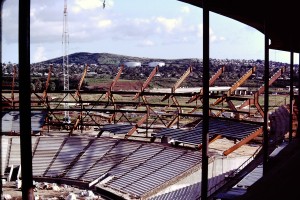 *all photos courtesy of Alan Straub

To meet the challenge of providing a first class arena where the dreams of our young people can be realized through participation in sporting and other special events, where the spirit of achievement can be nourished by the thrill of competition, where families can gather to share their cultural diversity with pride and a feeling of Aloha.

How we conduct ourselves in accomplishing our mission is as important as the mission itself.  Fundamental to our success are these basic values:

People – Our employees are the source of our strength.  They meet and greet the public and their actions determine our reputation and vitality.

Customer Service – The products we and services we offer our fans must be the best in quality, price and value.  They mirror our dedication to providing events in a pleasant, safe and comfortable environment.

Facilities Development – Our facility exemplifies the beauty and uniqueness of Hawaii.  Our commitment to quality maintenance and development of the facility will ensure that it remains the best venue for outdoor entertainment in the state.

There is no greater place than the Aloha Stadium!

The Aloha Flea Market opens in the summer of 1979 and becomes the largest operation of its kind in the state.

The Oahu Prep Bowl game between Iolani and Waianae draws 31,484 the largest crowd to watch high school football game in Hawaii on November 28, 1980

February 25, 1984 – The Police hold their farewell concert with over 31,000 fans making this one of the largest concert crowds ever at Aloha Stadium.

January 3-4, 1997 – Michael Jackson plays in back to back sellout concerts

2002 – Janet Jackson’s 2nd concert to the islands, All for You Tour was broadcasted on HBO